Football to all of the doubters of strong 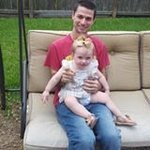