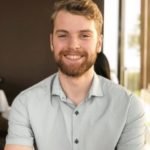 By Austin Stevens,
February 19, 2020 in The Burnt Orange Board