By HornSports Staff,
November 3, 2017 in The Burnt Orange Board

It really doesn't make a shit what plays are being called. Probably due to all to youth and injuries, but the offensive line is really bad, wide receivers are overrated and can't get open, running bac

I'm not.even phased by this one.  It's what I expected.  Herman said before the Baylor game he would not change or adjust our offense. That's basically saying he doesn't care if we win another ga 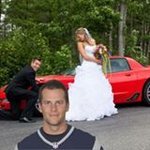 Offense looked better at the beginning of the year than the end of the year.  Not a good sign of things to come.