Tom Herman is getting Paid

By Donald Boyles,
November 20, 2015 in The Burnt Orange Board

Historically, a vote of confidence is the kiss of death.   If I had a nickel for every time a firing was preceded with "we stand behind coach yadayadayada" I'd be better off than I am now.   Liste

LOL, tell me he hasn't been talking with Texas. Looks like word got out down in Houston. 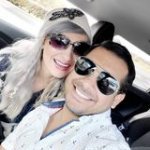 I think UH makes this move regardless of whether he talks to Texas or not because they already know that other schools are looking at him I.e. South Carolina. I don't think UH made this move because H