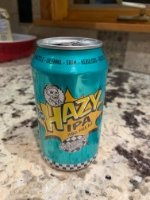 Like Beer? We do too. Let's see pics, reviews, suggestions and anything else you feel relevant.